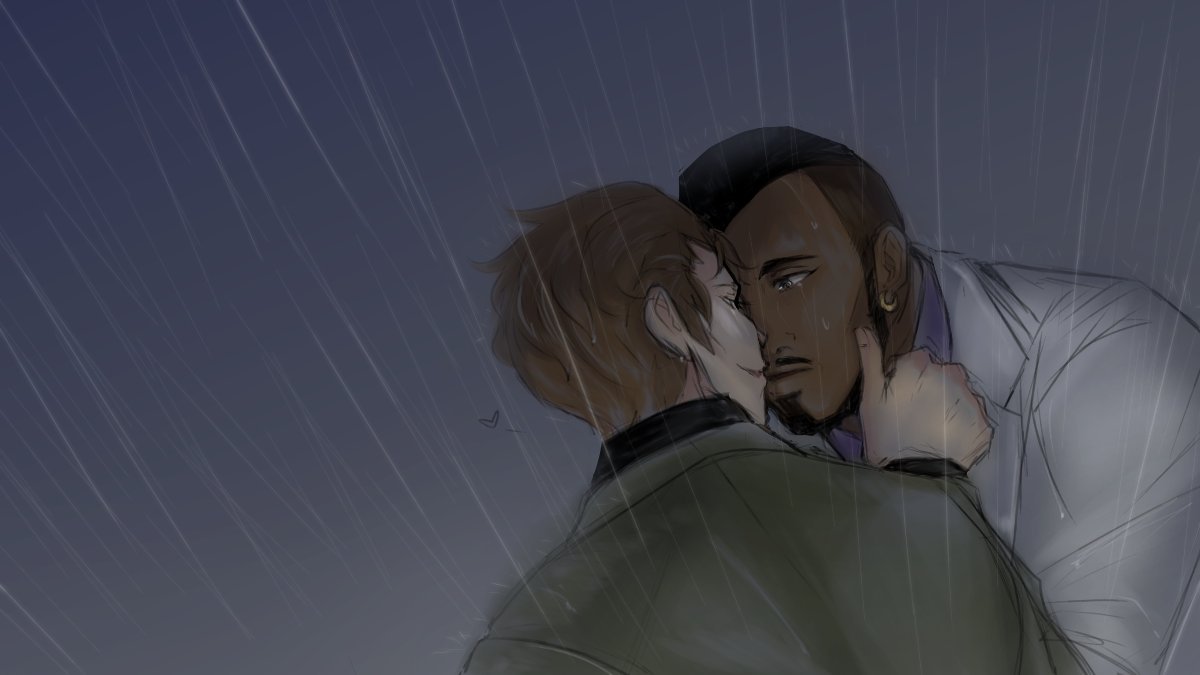 “Y’know Garcie, I think this’ll be the last time we meet.”

Christopher Mills looked aimlessly out the window, chin in his hand, at the downpour outside. He’d parked the souped-up Ferrari on the overpass, foregoing the ambiguity of their normal meetings in an attempt to prevent both of them from getting drenched.

Garcian appreciated the gesture, but felt like he was a bit too close now. Not just in the sense that Mills was clearly violating the safe distance they normally kept between them, as professionals, but literally, luxury cars were not built for tall people. He felt trapped, in more ways than one.

“What makes you say that?”

He kept his eyes forward, out of force of habit, but was tempted to turn and steal a glance at his informant. Mills was always so wordy without actually saying much, so you had to watch the way he spoke to figure out what he really meant.

When Garcian turned though, there was suddenly no one in the car with him.

Garcian flipped his head back around to find himself in the driver’s seat, and Mills leaning forward against the dashboard, arms crossed under him. “I think I got too close.”

“You think? Mills, tell it to me straight, you either did or you didn’t.”

Mills was suddenly a lot closer now. Garcian could see every wrinkle in his tired face. Neither of them said anything else, for fear of breaking the silent spell.

His lips were way softer than any 49-year-old man’s should have been. Maybe it was the annoying tube of chapstick he kept in his inside jacket pocket. With as much as he talked, it wouldn’t be surprising if he had to use it a lot. His mouth sure wasn’t dry, though.

Garcian was unsure of how he was supposed to be reacting, so he didn’t do much at all. Something told him it would all be over soon anyways, so letting him have this was an act of mercy, right? Or maybe it was cheap justification.

Mills cheeks had visibly reddened, but he was still trying to pass off the cool act, like this was all totally normal for him. Yeah, he’d definitely gotten too close.

He didn’t mind letting Mills do it again, though ...

Garcian sat straight up in bed, pulling the gun from beneath his pillow and taking quick aim at the pitch dark of his room.

The room was empty, of course. There was no one there, and never had been - not a single Smith, Smile, or Remnant Psyche to be found. Garcian was alone again.